A review of my first 5 story collections -- A Natural History of Hell, The Fantasy Writer's Assistant, The Empire of Ice Cream, The Drowned Life, and Crackpot Palace -- at Tor Nightfire, https://tinyurl.com/ybg8ouhm
​ 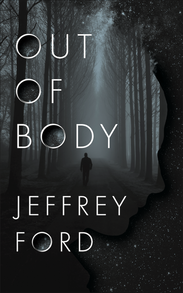 Publishers Weekly
Ford’s dark fantasy (after Ahab’s Return) is a thrilling supernatural slugfest acted out by sleeping souls in the “night world” of the astral plane. Owen Hapstead, a librarian in the quiet town of Westwend, survives a pistol-whipping during a convenience store holdup and (possibly as a result of the head trauma) discovers that his ethereal self can break free to roam the town while his corporeal self sleeps. During his discarnate jaunts he meets Melody, a fellow sleeper who mentors him through the night world’s possibilities and perils—among them “cutters,” beings who can fatally sever the intangible cord tethering the sleep self to the body, and an even more horrifying killer whose true identity comes as a late surprise and whose predations add frightening complexity and purpose to the couple’s nocturnal adventures. Ford’s elaboration of the night world is wildly imaginative and his depiction of Owen’s invisible explorations of it verges on the voyeuristic, adding unusual piquancy to the story. Readers will find this well-wrought tale of a mysterious world both eerie and bewitching. Agent: Howard Morhaim, Howard Morhaim Literary Agency. (June)

LibraryJournal
Ford, Jeffrey. Out of Body. Tor.com. May 2020. 176p. ISBN 9781250250155. pap. $14.99. HORROR
Small-town librarian Owen is a man of routine, until the day his regular morning stop at the local store is interrupted by a violent robbery, an event that leaves one person dead and Owen with PTSD in the form of sleep paralysis, during which he leaves his body behind and travels to the world of “the sleepers.” As Owen is taught the rules of this night world by a new friend, he is both tempted and repulsed by the dark allure of voyeurism; his nocturnal adventures reveal the secrets of the townspeople he thought he knew so well. He soon discovers a centuries-old serial killer and is determined to use his powers to help put an end to the reign of terror. VERDICT Nebula and Shirley Jackson Award winner Ford (A Natural History of Hell, The Girl in the Glass) offers a short, captivating tale about strength and sacrifice. For fans of Neil Gaiman’s Ocean at the End of the Lane, Samanta Schweblin’s Fever Dream, and Keith Donohue’s The Motion of Puppets.

For anyone in the US wanting to get a copy of The Best of Jeffrey Ford from PS Publishing, they will soon again be in stock on Amazon in early April.
https://www.amazon.com/gp/product/1786364409/ref=dbs_a_def_rwt_bibl_vppi_i2

​Starred review at PW for this new anthology from Ellen Datlow. Final Cuts: New Tales of Hollywood Horror and other Spectacles from Anchor Books. It will be out June 2. My story "From the Balcony of the Idawolf Arms" appears in this one. Here's the entire toc --
Das Gesicht by Dale Bailey
Drunk Physics by Kelley Armstrong
Exhalation #10 by A. C. Wise
Scream Queen by Nathan Ballingrud
Family by Lisa Morton
Night of the Living by Paul Cornell
The One We Tell Bad Children by Laird Barron
Snuff in Six Scenes by Richard Kadrey
Insanity Among Penguins by Brian Hodge
From the Balcony of the Idawolf Arms By Jeffrey Ford
Lords of the Matinee by Stephen Graham Jones
A Ben Evans Film by Josh Malerman
The Face is a Mask by Christopher Golden
Folie à deux, or The Ticking Hourglass by Usman T. Malik
Hungry Girls by Cassandra Khaw
Many Mouths to Make a Meal by Garth Nix
Altered Beast, Altered Me by John Langan

Starred Review From PW
Datlow (The Best Horror of the Year series, editor) has tapped some of horror’s top talents for this anthology’s 18 outstanding riffs on silver screen terrors, which draw inspiration from silent films, eerie webisodes, grindhouse gorefests, and snuff flicks. In “Das Gesicht,” Dale Bailey imagines the history of an early film so unsettling it was never released. Jeffrey Ford’s “From the Balcony of the Idawolf Arms” conjures a creepy camera obscura show secretly watched by a pair of latchkey kids, and Brian Hodge’s superb “Insanity Among the Penguins” describes a suppressed Herzogesque documentary on cannibalism. Nathan Ballingrud in “Scream Queen” and Gemma Files in “Cut Frame” both tell of Hollywood stars whose cinematic personas, a horror heroine and a femme fatale respectively, bleed into their lives off-camera. The impressive creative range and the authors’ willingness to push their ideas to the limit make this a memorable exploration of the intersection between horror literature and film. Genre enthusiasts should snap this up. Agent: Merrilee Heifetz, Writers House. (June)​